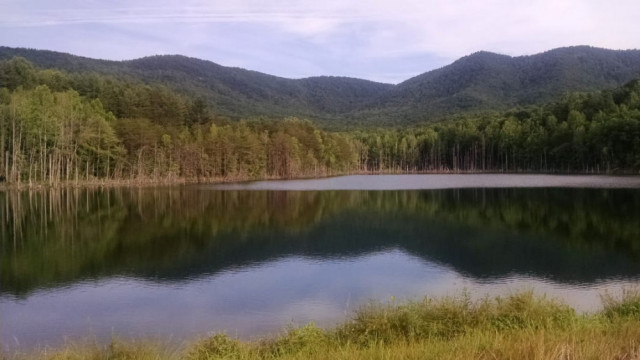 Steep and remote, North Carolina’s South Mountains are a pocket of wilderness surrounded by the small towns and farms more characteristic of the center of the state. These isolated peaks, separated from the Blue Ridge Mountains by centuries of erosion, are the site of Native American trade routes, one of the nation’s earliest gold discoveries, and trails blazed by the Civilian Conservation Corps during the Great Depression. The terrain was so wild and difficult to navigate that it became a haven for bootleggers making whiskey and moonshine during Prohibition.

Thirty years of land studies and negotiations led, in 1974, to protecting 5,779 acres as a state park. Ninety minutes west of Winston-Salem, South Mountains State Park now covers more than 18,000 acres and is best known for its hiking and mountain biking trails, along with six clusters of backcountry campsites, among the most extensive and remote in the Southeast.

The Catawba Indians were the earliest inhabitants of the region, isolated from competing Cherokee tribes to the west by the surrounding mountains. The Catawbas were followed by European settlers who, like the Native Americans, fished the streams and farmed the fertile land along the Catawba River.

With the discovery of gold in 1828 at Brindle Creek, deep in what is now park land, prospectors and mining companies poured into the area. The South Mountains gold rush was short-lived, but panning for flecks of gold in the Catawba River, Jacob Fork, and other streams that run through Burke County continues to be a popular activity today.

Trail-Building and the CCC

Origins of the state park can be traced back to the Great Depression when a Civilian Conservation Corps camp, Camp Dryer, was established in Enola. Workers cleared stream beds, constructed an observation tower, and built fire roads. You can still hike and bike Lower and Upper CCC, two trails built by workers in the 1930s that are still maintained today.

Bootlegging in the Hills and Hollers

During Prohibition, North Carolina was one of the most restrictive states in the U.S., and its ban on the manufacture and sale of alcohol lasted more than 25 years. The South Mountains, far from major cities and difficult to access due to the rugged terrain, proved to be a perfect place for bootleggers to hide their stills. Families staked their livelihood on production of mountain spirits and their ability to outrun the revenuers charged with shutting them down. It was their talent for fast driving and evading law enforcement that laid the foundation for NASCAR.

One local distillery is serving up mountain spirits in the entrepreneurial tradition of their ancestors. Fourth-generation distillers Don and Dawn Smith at South Mountain Distilling Company, are using family recipes and locally sourced grains to produce American corn and single malt whiskeys, moonshine, and rum in a 200-gallon, custom-built still they’ve named Ole Bessie after Don’s grandmother. Tours and tastings in their Rutherford College facility are a family affair, with Don walking you through every step of the distillation process. You finish with a shot of each of their signature spirits, and a sample of their surprisingly sweet and spicy moonshine jerky. They also offer a one-day grain-to-glass distillation experience and a series of classes for aspiring distillers.

Camping, Biking, and One Spectacular Waterfall

Most of the park’s 40-plus miles of hiking and biking trails start with a climb from the parking and picnic area along the rushing waters of the Jacob Fork River. Oak and hickory trees give way to pines, mountain laurel, and rhododendron as you gain elevation. Look for salamanders, frogs, toads, and skinks along creeks, and deer, black bears, and racoons on the mountain flanks. Over 60 bird species nest in the park, which is also home to venomous copperheads, timber rattlers, and a number of smaller, nonvenomous snakes.

Hike the popular 2.7-mile High Shoals Falls loop, crossing a series of wooden bridges to climb alongside 80-foot High Shoals Falls which cascades over a series of rock ledges and pools down to the Jacob Fork below. A 4.2-mile climb to Chestnut Knob rewards you with sweeping views of the falls and Jacob Fork Gorge from a rocky outcropping that’s made for a snack or lunch break. Go for more mileage and hit the park’s highest peak on a 17-mile loop that takes you over Benn Knob and along the outer boundary of the park. Most trails are shared by hikers, bikers, and equestrians.

A 17-mile mountain biking loop is considered strenuous, not for its technical features, but for its unrelenting climbs. You’ll gain 3,500 feet on the old CCC fire roads, breaking out to mountain views and descending for speedy creek crossings along the way.

The reservable campsites along Shinny Creek are ideal for novice backpackers wanting to practice their backcountry skills. A 1.2-mile hiking-only trail follows the creek up to a cluster of sites, or you can trek another 1.4 miles to more sites at Jacob Branch off the Upper Falls Trail. All told, there are six backcountry campsite areas ranging from over a mile to 5.5 miles from the trailhead.

A small, 18-site drive-in camping area off the park entry road has amenities like a bathhouse, drinking water, and some sites with electric hook ups. There’s also excellent trout fishing on the Jacob Fork River where it runs through camp. 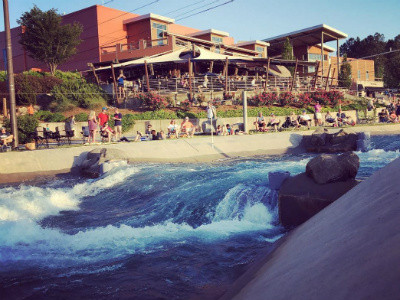 Adventures on Land and Water: An Adrenaline-Filled Day at the U.S. National Whitewater Center 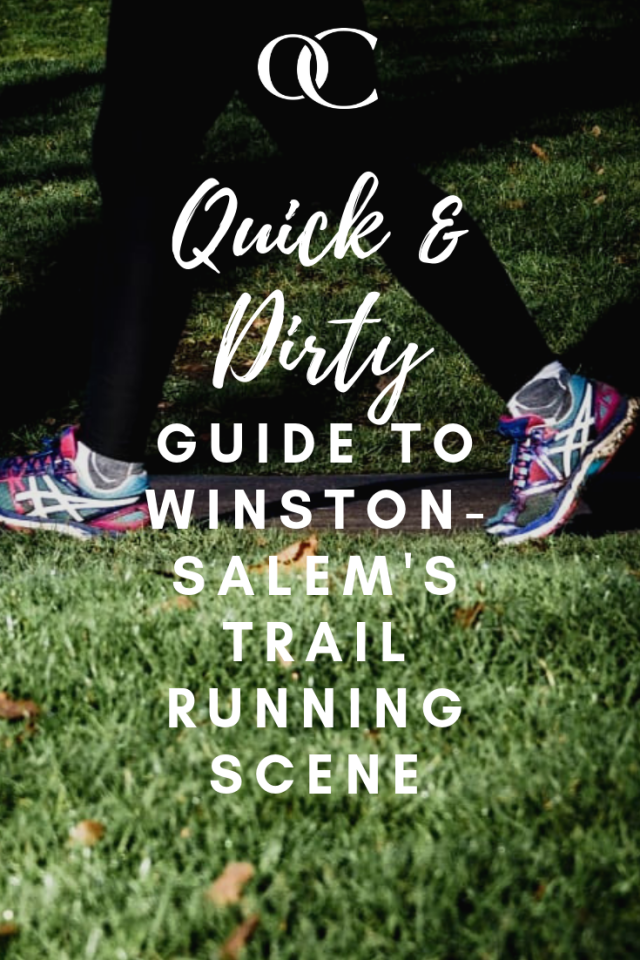 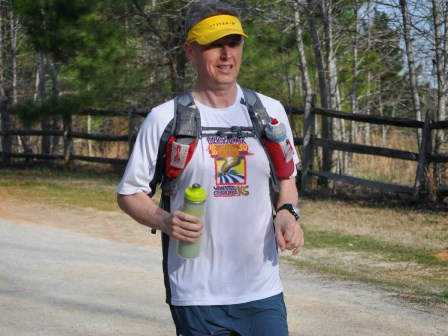