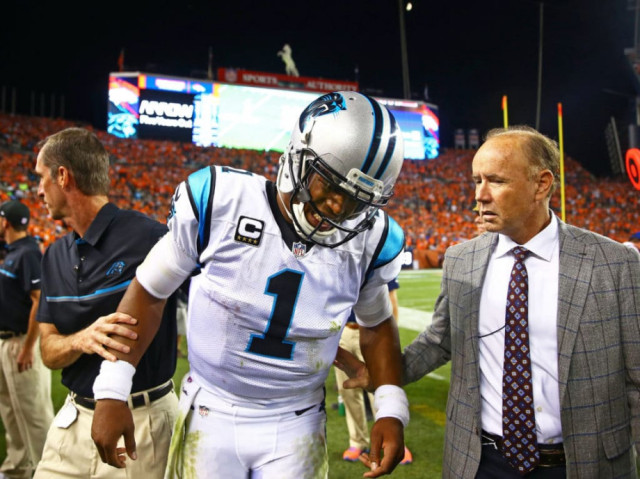 Photo via The Athletic - theathletic.com

As the Carolina Panthers go into preseason football, The Athletic sat down for an interview with Dr. Patrick Connor at his OrthoCarolina office. Specializing in shoulder and elbow, sports medicine and trauma, Dr. Connor treats patients at OrthoCarolina and as the Head Team Physician for the Panthers.

The Athletic profiles his "career-defining surgeries" with top Panthers quarterbacks Jake Delhomme and Cam Newton, what Dr. Connor is up to during preseason and the surgery he performed on his childhood hero. Read the full article:

Connor knows how high the stakes are for Newton, just like they were for Delhomme. But his even-keeled approach to every operation, whether it’s a neighborhood dad who tore his rotator cuff throwing a ball with his son, a practice squad player or a franchise quarterback, is what has held players and coaches’ trust for so long.

“Everybody has things at stake,” he said. “Very honestly, when I’m in the operating room I manage all surgeries the same.”

An Interview with Dr. Pat Connor - the Carolina Panthers Head Team Physician Smoldering Setback: A Firefighter’s Journey to Staying Healthy New Report Highlights Key Findings from 100 Healthiest Employers in America including Humana, OrthoCarolina and Wellnext Songs for Your Workout What We’re Doing in Physical Therapy – the McKenzie Method & Self-Treatment for Back Pain A Breakthrough in Medical Care: The Starfish Procedure
View All Related