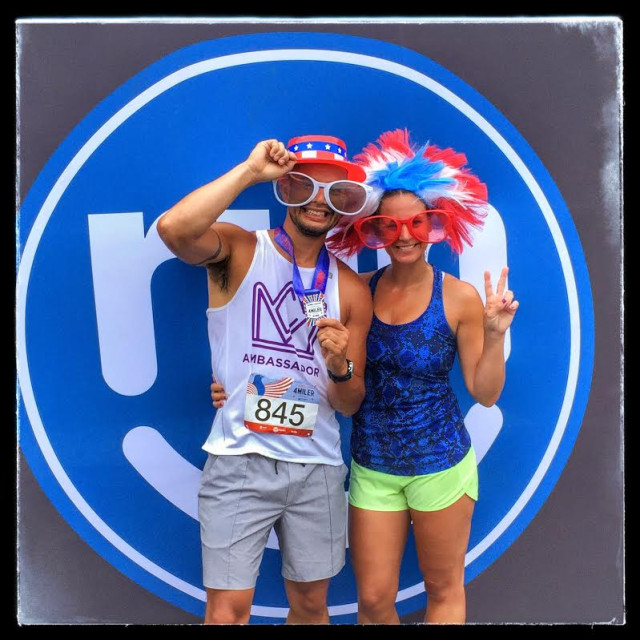 To celebrate the upcoming Olympic games, OrthoCarolina teammates share memories from Olympians of the past and who to watch for in Rio.

Chris Gabriel (Physical Therapist, OrthoCarolina Wellness Center): My favorite Olympian is Carl Lewis. After missing the 1980 Olympic games, he went on to win four gold medals in 1984. Lewis continued to be a dominant force for years to come in the long jump, 100 meter, 200 meter and 4 x 100-meter relay.

I’m excited to watch the track and field events, particularly the triple jump and hurdles, two events I did in high school.

Kristin Heitbrink (Physical Therapist, OrthoCarolina Eastover): My favorite Olympian is Jenn Suhr. She is a current pole vaulter and has been in the last two Olympic games. We grew up together and I can’t wait to cheer her on in Rio!

Since I’m a runner, my favorite sport to watch will be the track and field events.

Andy Hylton (Physician Assistant, OrthoCarolina Pineville): As a native of England, I’m allowed to have both an American and British favorite. Carl Lewis was my favorite U.S. sprinter, he ran a race with raw power and speed. Steve Gram with the British Olympic team was another favorite. He ran the 1500 meter perfectly – all about timing, tactical awareness and endurance.

Mark Miele (Physical Therapist, OrthoCarolina Gastonia): Jim Thorpe is my favorite Olympian. I admire his athleticism to win both the pentathlon and decathlon.

I’m excited to watch gymnastics. It is remarkable what those athletes can do.

Kyle Raygor (Practice Manager, OrthoCarolina Gastonia): Derek Redmond, a British sprinter during the 1992 Olympic games is my Olympic hero. Redmond tore his hamstring halfway through the 400-meter race and collapsed on the track. Instead of quitting, Redmond along with help from his father finished the race. It was an amazing display of perseverance, love and the human spirit.

An avid soccer fan, I’ll be pulling for the U.S. women’s soccer team to bring home the gold again. I believe we will win!