Life After Football: What Happens to the Human Body When the Days of Playing Are Over? 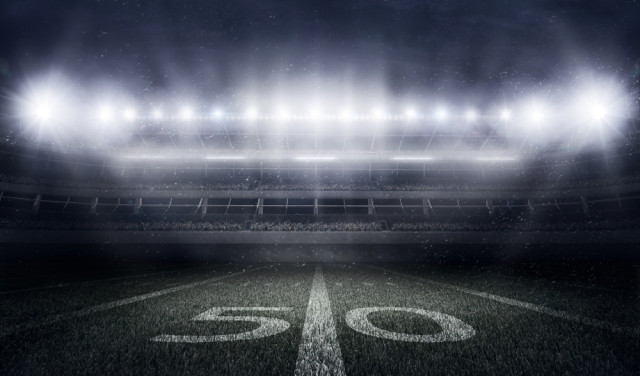 It can be difficult to end a career in any sport for those who are hard-wired to do what they love, but the post-football career can be tough physically as well as mentally. Years of wear and tear, blunt force impact, and direct contact can mean extreme strain on muscles, joints, and ligaments even when the game is done.

According to the Washington Post, a survey of retired NFL players showed that almost nine in 10 former players say they experience daily bodily pain, and a whopping 91 percent attribute their pains to their former football career. Even those who played through college but not professionally experience lingering aches that can significantly impact their quality of life.

32-year old Matt from Stone Mountain, Georgia is a former tight end for Gardner Webb University. Before college he played in high school where he gained 70 pounds between freshman year and graduation. During those four years, Matt says he ate a lot and worked out almost nonstop.

“Many people at that age, especially guys who want to put on muscle for football, get into that mentality,” says Matt. “Eat everything in sight and work out like crazy. It’s just what we did.”

In college, Matt continued to play at 235 pounds, and he says his mental focus on eating, working out and playing football was a pervasive part of his college experience. “I had been in that mentality for eight years, eating as many calories as I could and believing things like weight and injuries would work themselves out.”

After college, Matt stopped playing football. With a degree in exercise science under his belt, he had a new career as a strength coach in NASCAR and later in administration, and life seemed to be working out just fine. But his body wasn’t feeling the same way. His weight was at 260 pounds, and his body fat had increased 25 percent.

“When you just stop playing a sport, your body doesn’t always cooperate,” he says.  “It’s dangerous when a quarter of your body is fat.”

“I knew what I needed to do, I just had to implement it.”

Matt knew that continuing to lift heavy weights and eat a lot of calories wasn’t going to work for his health, and he needed to change the process. He went on a strict diet and changed his workout routines by decreasing rest time and weight, and increasing repetitions. Even as he made lifestyle changes, he was diagnosed with a herniated disc in his L5-S1 (located at the bottom of the lumbar just before the sacrum starts). Matt had a spinal injection to help with the pain and started physical therapy for his disc problem.

“Transitioning from being an athlete to adulthood and a more sedentary life was tough for me,” said Matt. “I never thought I could experience so many orthopedic issues in my late 20s and early 30s, and weight gain certainly didn’t help.”

His spine is better now, but Matt continues to have shoulder and wrist issues. His wrist inexplicably makes a loud clicking noise when he moves it. His shoulder dislocated and popped itself back in but is still displaced, and he’s not quite sure how to fix it.

According to Shaun Riney, MPT, OrthoCarolina Monroe Physical Therapy, human bodies were not designed to take the physical stress that occurs in many sports.  Football can be especially difficult on joints because of the recurrent collisions.  Also, football is a running sport which can be particularly difficult on our lower extremity joints and help to hasten the natural, age-related changes of our joint surfaces.  These joint surfaces are covered with a protective lining called articular cartilage.  As we age, there is a normal amount of wear on these protective coatings.  Running can transmit up to seven to ten times our body weight in impact on these joint surfaces and hasten the wear. This is where most athletes suffer as they age.

Wear and tear on the joints can be seen in the early thirties but sometimes happens as early as the late twenties.  With the added wear and tear of a college sport like football, where athletes typically play through sometimes moderate to severe injury, the pain from this breakdown can happen even sooner in life.

The nearly year-round training, repetitive heavy weight lifting and collisions that are required for footall are likely the main ingredients that increased wear and tear on Matt’s joints and led to post-football pain and dysfunction. Riney adds that because of these factors it’s not surprising that Matt has pain at the age of 32.  Riney says that chronic weight lifters, like football players, typically have difficulty with shoulder, elbow and wrist pain.  The weight that they lift contributes to the effect.

Despite the bad news, Riney says there is a light at the end of the tunnel for ex-football players.  The pain of this deteriorative process can often be allayed through reasonable strength training -- particularly quadriceps strengthening in the lower extremity and rotator cuff strengthening in the upper extremity. Riney often tells people that the pain from the arthritic process usually begins when they became weaker and may return if they do not stay strong after finishing physical therapy (PT).  Avoiding impact-loading activities like running and climbing by substituting elliptical machines, Stairmaster and Nordic track (non-impact activities) also helps.  Add in weight control, core strengthening and you can create a recipe for a healthy post-athletic participation lifestyle with less back pain.

While studies have documented the effects of football and other full-impact sports on athletes post-career, it is a topic that is still being researched. Matt’s case is the experience of one individual as described to OrthoCarolina.

#TheFreeWorkout: Now in Fort Mill and Rock Hill Sleep: The Secret Ingredient of Injury Recovery Restorative Yoga for Runners OC on the Sidelines – How one Physician Assistant Keeps High School Athletes in the Game A Well Balanced Runner Running 101 for Beginner Runners
View All Related