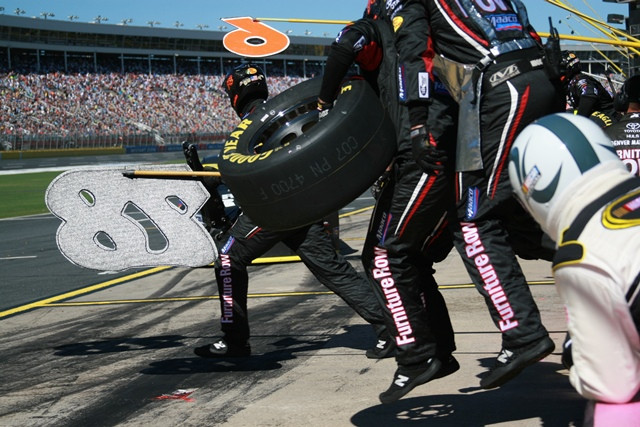 Femoral acetabular impingement injuries have increased among rear tire changers, according to research done by OrthoCarolina Hip and Knee surgeon Dr. Walter Beaver, who also serves as head team physician for Hendrick Motorsports, and Bill Heisel, director of the OrthoCarolina Motorsports program.  An epidemiological study showed that over the past seven years, 14 out of 80 total Sprint Cup Series (Monster Energy Cup Series as of 2017) NASCAR rear tire changers have been clinically diagnosed with FAI. All were diagnosed using plane X-rays as the diagnosis mechanism.

Femoral acetabular impingement (FAI) occurs when the head of the femur does not have a full range of motion within the hip socket and typically presents with symptoms including groin pain, thigh pain and decreased range of motion. FAI can be either a genetic condition or acquired through injury or trauma.

Why does FAI occur more frequently in rear tire changers in NASCAR?

OrthoCarolina has previously and continues to track upper extremity injury trends in NASCAR drivers and pit crew through epidemiological studies including the general impact of musculoskeletal forces on the bodies of motorsports athletes. Orthopedic injuries in NASCAR vary between positions and can be linked to the demands of each role.