Diane Had Knee Surgery. And Then Ran the Boston Marathon in 3:39. 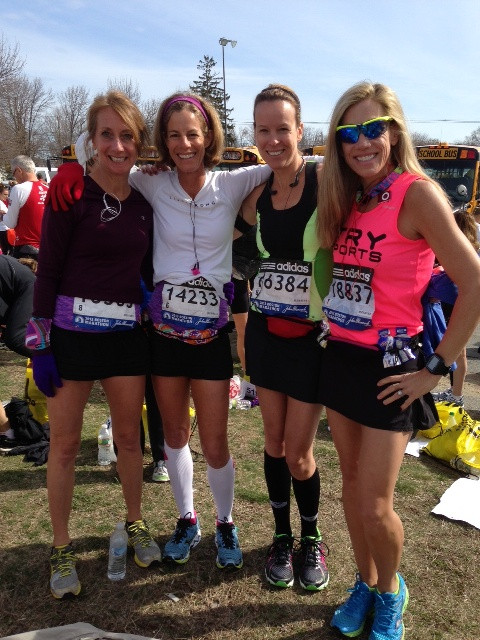 At 49, Diane Lancaster’s health resume is already impressive. She’s a runner, fitness instructor, triathlete, former collegiate athlete and registered dietician. She had run 5 Boston Marathons and was preparing for her sixth in 2014.

Then just what every runner with a big race ahead tends to fear, happened. She got injured.

Pain in her left knee revealed that Diane had torn a piece of her meniscus, or rubbery, C-shaped cartilage disc that cushions the knee. Each knee has two menisci; one at the outer edge and one at the inner edge. Her tear meant no more running, and she had arthroscopic surgery with Dr. Fleischli to remove the torn and frayed part of the meniscus. She then had to let it heal.

After almost 5 weeks, Diane began lightly jogging. With so many others running Boston to heal the mind and spirit after last year’s events, she wanted to be there. She worked hard in physical therapy to make sure her knee was healed and that her quadriceps could properly fire.

“I didn’t have a lot of time to train for Boston, so the training I did was fairly minimal. I got some miles under me and made sure the knee was healed,” she says. “Aaron [Hewitt, PA-C, Dr. Fleischli’s Physician Assistant] was a huge supporter and worked with me and cheered me on in my recovery.”

And run the Boston Marathon she did. Diane says she listened to her body, heeding her providers’ advice to walk if she felt wobbly in her quadricep. She ran for her friends, for herself, and for those who couldn’t. On April 21, 2014, Diane Lancaster finished the Boston Marathon in 3:39.

Recovering from the Marathon Blues Injury Prevention for Student Athletes A Well Balanced Runner So what exactly is CrossFit? I hear that quite a lot... Outdoor Yoga: 4 Tips for Success Yoga for Back Pain Relief
View All Related