An Insider’s Guide to Winston-Salem’s HopSwap Half Marathon 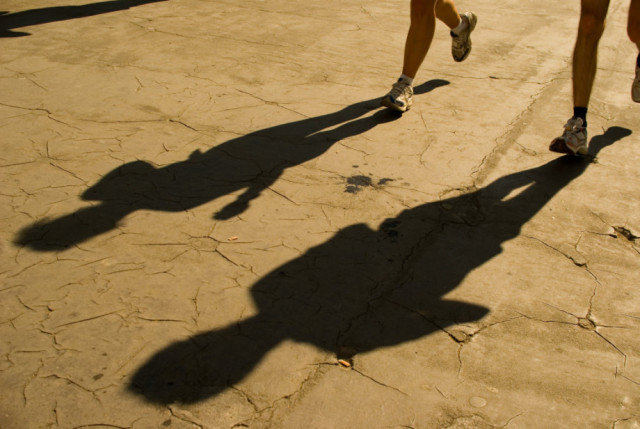 Spring is in the air and North Carolina Beer Month is just around the corner. Where will you be when the celebration begins? In North Carolina, it all starts on March 31 at the HopSwap Half Marathon in Winston-Salem. Join more than 700 runners and a dozen craft breweries from across the state for a challenging race through the history and heart of Winston-Salem. There’s also a 5K option for short-distance runners. The finish, at Foothills Brewing’s brewpub in downtown Winston-Salem, is a block party from early morning through the afternoon, with live music, family activities, community businesses and nonprofits, and a post-race spread catered by Foothills’ brand new cafe, Footnote.

A few years ago, the folks at Foothills decided to celebrate National Beer Month by going beyond traditional tap takeovers and pint nights to do something that promoted the North Carolina craft beer industry and highlighted quality start-up breweries across the state. Every April, they partner with microbreweries from five regions—western NC, coastal NC, Charlotte, the Triad, and the Triangle. The breweries selected are producing at about 10% of Foothills’ current production levels and consistently brewing high-quality beer. Foothills drives a keg out to their taproom, and brings a keg back to serve in the Foothills tasting room. The HopSwap has become an annual tradition with the half marathon added in year two to expand the impact.

"There’s this little thing called ‘coopetition’ in the NC beer industry, where we all come together and push in the same direction," says Foothills Marketing Director Ray Goodrich. ”It’s the only time we have guest taps in our tasting room all year. HopSwap is our way of supporting breweries that are where we were 10 years ago.”

Local nonprofits will be at the finish as well, including the race charity, Yadkin Riverkeeper. "Beer is 95% water," says Goodrich. “We want to take care of the people who take care of our water.” Other nonprofits signed up are AARF Animal Rescue and Bookmarks, a Winston-Salem literary arts group that shares space in the new cafe. The other 11 months of the year, these organizations and many others are the focus of Foothills’ Craft Happiness IPA Project, a special batch release that brings attention, and donations, to local charities.

If a dozen craft breweries don’t provide enough incentive to start training, the HopSwap has an assortment of unique perks to consider. For one, there’s childcare at the start/finish, a real rarity at any race. You can drop your kids off in the YMCA kid zone, where they’ll be mesmerized by a bounce house, facepainting, and crafts while you race. Other highlights include fresh-roasted pre-race coffee by Footnote Cafe, bagels and pastries from Footnote’s baker, Humble Bee Bake Shop in West End, and soups, salads, burgers, and wraps available after the race at the Foothills Brewpub. Every runner gets a head start on beer sampling with two beer tabs on their bib.

Ten days into spring, race day highs are typically in the 60s, with temperatures ranging from 40 to 50 degrees at the start. The out-and-back course is known for demanding hills. "We have hills in our name, so we have to have hills in our race," jokes Goodrich. “Our run club complained as much as anyone about it, but they wound up saying that it added to the sense of accomplishment at finish. We tell runners to embrace it. Hills are your friend.” A seven-time marathoner himself, Goodrich suggests hill repeats and interval training to condition yourself for the ups and downs.

Both the half marathon and 5K courses start out along the streets of Winston’s stately and historic West End. After skirting the edge of Hanes Park, runners enter the affluent and picturesque Buena Vista neighborhood, where they can expect cheering crowds and welcome flats. The half marathon continues to the turn-around near Schaffner Park. Back at the finish, the block party will be going strong until 2 p.m., with live music from Stereo Dolls and finisher medals that are "cooler than last year’s bottle opener medals," according to Goodrich. The race is bib-chip timed, with prizes for age groups and the fastest ascent of Brookstown Ave., the daunting final hill climb right before the finish that’s now known as the Foothills Challenge.

Triad runners can get a leg up on the competition by training with Foothills’ Foot Soldier Run Club. Wednesday evening runs begin and end at the tasting room, with distance and pace options for all levels of runners. Afterward, everyone hangs out for a beer and a running workshop with an OrthoCarolina physical therapist. Topics go beyond training distances and schedules to cover issues like how to stick to your training schedule, what to do when your knee starts hurting during a run, and post-race recovery strategies. In honor of HopSwap runners and all the athletes who put the hours into the grueling swims, rides, and runs for charity, Foothills is brewing Distance, October’s Craft Happiness IPA.

Eastern Slickrock Ride Asheville How to Tackle Your First Solo Hike Paddling Around Winston-Salem: An Insider's Guide to Getting on the Water This Summer 7 Must-Do Hikes Along the Blue Ridge Parkway in North Carolina OrthoCarolina VP Goes from Couch to 100-Milers Kayaking the Haw River Paddle Trail
View All Related