What Is IT Band Syndrome? 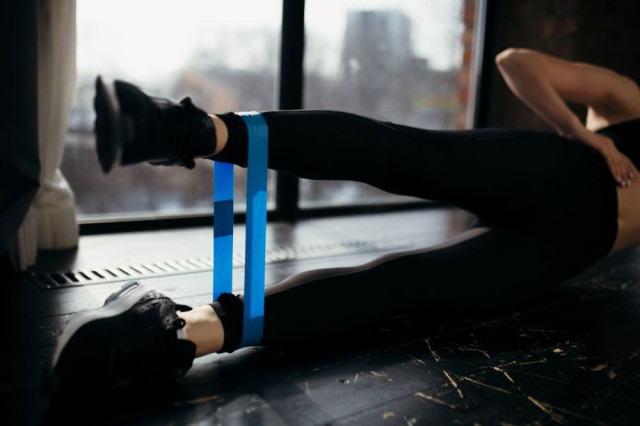 Dr. Michael Bates, MD, and Matt Dobler, PA-C, ATC, break down IT band syndrome (ITBS) from the function of the IT band to injury causes, symptoms, treatment and prevention.

What is the IT band? What does it do?

The iliotibial band (IT band) is a long, fibrous band of tissue, like a wide tendon, that begins in the pelvis area and runs all the way down the lateral side of the thigh to just below the knee. The IT band assists in straightening and flexing the knee and keeping the knee stable during activity.

What is IT band syndrome?

IT band syndrome (ITBS) is a painful condition where the small layer of fat and tissue between the IT band and the underlying bone, near the knee, becomes compressed between the bone and the IT band itself. This compression typically results from overuse of the connective tissue on the outer thigh and knee. It can lead to inflammation and pain or tenderness in that area.

We often see this condition in runners and cyclists because of the constant bending and straightening function of the knee during these activities. Other people have an IT band that is always “tight,” which may put them at greater risk of developing IT band syndrome.

How do IT band injuries occur?

For Dobler, a who is a former athletic trainer and cross country runner at UNC Charlotte, the pain of iliotibial band (IT band) syndrome began suddenly while he was out for a 12-mile run. He had been running happily for miles when he suddenly felt pain on the outside of his knee. He tried to continue running but had to stop and walk only a mile later.

The hip and gluteal muscles work to stabilize knee and foot placement side to side when we run or walk. If the gluteus medius and other hip muscles are weak, smaller muscles not typically used for major movement (like the tensor fasciae latae or TFL) overwork to stabilize and move our feet. These smaller muscles pull hard on the IT band, causing it to tighten where the band crosses the outside of the knee.

What are the symptoms of IT band syndrome?

Most if not all patients with IT band syndrome experience pain or tenderness down the lateral side of the thigh. We will confirm the diagnosis with a physical examination in the office. MRI can be helpful but is not typically required.

Common symptoms of IT band syndrome include:

How do you treat IT band syndrome?

The mainstay of treatment for IT band syndrome revolves around stretching routines, often guided by our physical therapy experts. A physical therapist can quickly identify muscle imbalance and weakness and develop a treatment plan based on strengthening and stretching to help patients return to their activities of choice more quickly.

Michael Bates, MD, is a fellowship-trained hip and knee surgeon with OrthoCarolina University. Matthew Dobler, PA-C, ATC, is a physician assistant with OrthoCarolina Sports Medicine Center and a former athletic trainer. He was a competitive cross country runner in college at UNC Charlotte.

Medical Massage and Neuromuscular Massage are also very effective in treating ITB syndrome. You just have to find a Massage Therapist that is knowledgeable in Therapeutic massage, not just spa treatments.
- David turner

3 Signs of an Overuse Injury What We’re Doing in Physical Therapy – Multi Radiance Medical Laser® What We’re Doing in Physical Therapy – Check out H-Wave ® How to Treat & Prevent Common Basketball Injuries I hear that there are certain shoulder exercises to avoid at the gym; are there any exercises that I should be avoiding? How to Prepare for Race Training: Mobility Workouts, Warm-Ups & Cool Downs
View All Related