Running + Beer: A Hoppy Way to Work Out 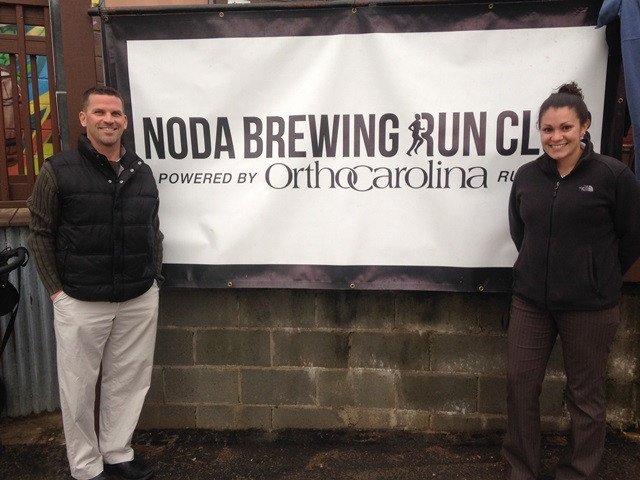 Most of us don’t typically associate beer with exercise, but there might actually be a few good reasons to enjoy a pint or two after your run. Beer runs seem to be growing in popularity as a way to load up on carbs after a race while also having fun. At the core of any true beer run is community, and the bonuses of drinking beer and exercising with a group have made beer runs flourish in popularity.

Charlotte has several run clubs hosted by breweries, including NoDa Run Club, which launched in 2012. Laura Antanaitis of NoDa Brewing Company says, “After an exercise, the body processes carbohydrates and other macronutrients for maintenance and muscle recovery instead of being stored and contributing to body fat.” Beer also packs a healthy dose of antioxidants, electrolytes and protein. Moderate consumption has even been shown to increase HDLs, or “good cholesterol.” It’s the perfect combination for those who like to sweat and partake.

NoDa Run Club has grown into a weekly event powered by OrthoCarolina. “We have a one, three and five-mile courses, so there is something for everyone, no matter the fitness level,” said Antanaitis. “We just want people to enjoy the physical activity, social environment, and of course, great beer.” Noda Brewing Company is widely recognized for their high-quality craft beers and interactive events.

The Noda Run Club promotes camaraderie, exposure to craft beer and an active lifestyle, all while having fun. “After a long, or short-run, a good pour of craft beer can be exceptionally great-tasting and should be enjoyed as such, not as a replacement of an actual post-workout beverage used for recovery acceleration,” concludes Antanaitis.

Still not sold on the combo of running and beer? Check out the results of a study published in Runners World and decide for yourself.