One of the Most Common Knee Injuries: The ABCs of the ACL 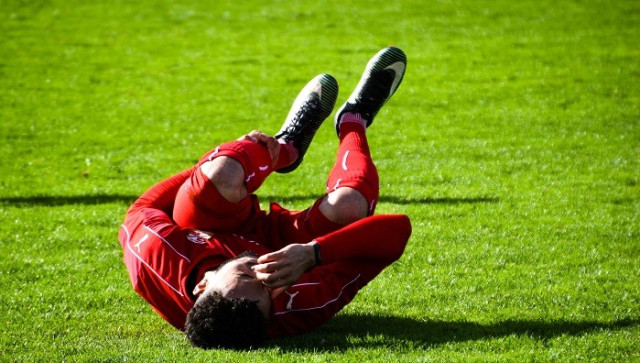 The anterior cruciate ligament (ACL) is a vital stabilizing structure within the knee. It is located in the center of the knee and connects the femur (thigh bone) to the tibia (shinbone). The ACL helps to control rotation and translation with a knee that is abruptly changing direction or speed. As a result, it is commonly injured in athletes who participate in sports with cutting, pivoting, jumping, and quick running. Sports with a high incidence of ACL injuries include, but are not limited to, soccer, basketball, football, lacrosse, field hockey, and volleyball. Females are four to six times more prone to tears of the ACL compared to males. There are many theories as to why this could exist, but most experts agree that a smaller space within the knee, smaller ligament, altered jumping mechanics, and hormonal differences are all important factors. Although the space available for the ligament and the size of the ligament itself cannot be affected by training, the altered jumping mechanics can be addressed and are the basis of many prevention programs.

Females and the ACL

In general, female athletes who are prone to ACL injury tend to land with the knee in an angulated position, the so-called high valgus alignment or “knock-kneed” position. In this position, the kneecaps face inward toward each other. They also tend to land with their knees in a more extended or straight position, which does not allow as much muscle absorption of the stress. There are many studies published on the positive effect of neuromuscular training on reducing noncontact ACL injuries in female athletes. The training programs focus on landing with a “soft” bent knee with the kneecaps facing forward rather than inward.

Prevention programs have been successfully implemented that reduce the incidence of ACL injuries. They consist of a warm-up, stretching, strengthening, plyometrics, and sport specific agilities to address possible deficits of the stabilizing muscles around the knee. Most of these programs can be accomplished in 15-20 minutes, three times per week, for six weeks. An example of such program is Prevent injury and Enhance Performance (PEP) program, designed by the Santa Monica Sports Medicine Research Foundation (smsmf.org). The initial study by Gilchrist et al. showed that ACL injury was 1.7 times less likely with this program. Several other programs are now available, but all focus on variations of the same themes.

Stephan G. Pill, MD, MSPT is a physician with OrthoCarolina Winston and also sees patients in Kernersville. He specializes in hip and knee, shoulder and elbow, and sports medicine.

Cartilage 101 – Is My Cartilage Healthy? Stretches to Prevent Hamstring Injuries How Do Orthopedic Surgeons Contribute to College Athletics? Athlete Learns a Focus on Self-Care and Mindfulness Pave the Road to Recovery Athletic Trainers – Health Care Providers on the Field and in the Clinic 5 Exercises You May be Doing Wrong and Why: Dr Majors and Sportology
View All Related