Building a Bouldering Community in Winston-Salem 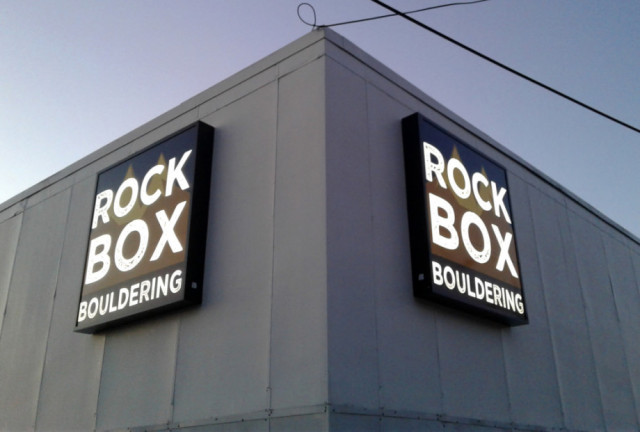 You’d think Ben Burgess would’ve cut his climbing chops on the iconic routes surrounding his hometown of Boulder, Colo. But Ben didn’t tackle his first ascent until just a few years ago when he moved to North Carolina. Before that, you’d be more likely to find him indoors playing video games than out on a mountain, he says. But all that changed when his girlfriend took him to Pilot Mountain. "I loved climbing from the get-go," says Burgess. “It’s like puzzle-solving with your whole body. Now I spend half my time outdoors, so it can happen to anyone.”

Burgess is the owner of Winston-Salem’s new downtown bouldering gym, Rock Box Bouldering. His vision is that Rock Box will become a central hub for the Triad climbing community, and he sees the North Chestnut Street location, a 5-minute walk from North Main Street, as an easy after-work hangout for people living and working in the office buildings, universities, and downtown apartments nearby.

Not Just for Climbers

Burgess hopes Rock Box becomes not only a hub for seasoned climbers, but also a place for people who might not be interested in outdoor climbing but are looking for a unique way to socialize. Unlike traditional climbing gyms, where climber and belayer work together in relative isolation, bouldering is set up for groups to work on problems, or routes, together. Not much gear is required, making it easier to learn.

"Bouldering is a lot more intuitive, and a lot less intimidating, than rope climbing," says Burgess. “No ropes, no harnesses, and you’re not super-high off the ground. You have an instant discussion topic—the route you’re working on. You can go bouldering with friends, then grab a beer and dinner together.”

Futurist Climbing has designed more than 2,000 square feet of climbing surface, and Leading Edge Climbing is responsible for the build-out. The maximum wall height is 14 feet, so no drop to the thickly padded floor will be greater than about 10 feet. The 14- to 16-inch floor padding extends across the gym floor and 10 feet past the bouldering walls in every direction.

Restrooms, seating, and a workout area with free weights and machines complete the space. In the workout area, climbers who typically work back and forearm muscles on the wall can focus on opposing muscle groups, legs, and cardio for a complete body workout. Two thousand square feet remains unfinished and will be built out in the future, possibly as as private event space or a cafe. In the meantime, the front desk will stock snacks and a drink cooler.

Day passes are available, but a membership will be more economical for anyone climbing at least once a week. There are monthly and annual membership options, depending on how frequently you climb. Discounts are available for groups coming in to climb together, and climbing shoes and chalk bags are available to rent. Burgess hopes to host climbing competitions and partner with downtown businesses on community events like yoga classes for climbers and pint nights.

The V scale is used to set and grade gym bouldering routes, which are color-coded based on difficulty. Grading is subjective and can vary from climber to climber based on height and body type, but grades of V0 or VB (basic) are generally assigned to beginner problems, while the most difficult routes can earn a grade as high as V16. Primary factors are the steepness of the wall and the distance between and nature of the holds. Routes will range from jugs (big, open hand holds) and easy lines for beginners to difficult problems with pumpy crimps (small edges) and pinches (held between the thumb and fingertips) to challenge the most experienced climbers. "Even beginner problems will have interesting movement and puzzles that challenge you," says Burgess.

Walls are designed with overhangs and steeper pitches than you might find when you’re climbing outdoors, a necessity from a safety standpoint to allow climbers to jump down without hitting the holds. He advises beginners to practice safe drops, starting just a foot or two off the mat, dropping, and progressing higher on the wall over time. The tight fit and stiff sole of a climbing shoe help to grip the wall, so Burgess is offering first-time climbers free gear rentals to lessen the intimidation factor. He also plans to host classes for all skill levels, including a bouldering 101 for people who are new to the sport; bouldering technique for climbers who want to up their game; and conditioning for climbing for those interested in sport-specific cardio and strength training.

Burgess also hopes to offer a class in transitioning from gym to outdoor climbing to promote the Triad’s outdoor assets. "The main way to make the transition is by getting to know people who climb outdoors," says Burgess. “The gym is a more controlled environment, and it’s great for learning and meeting people. But we’re really blessed to have great climbing areas right next door.” Rock Box will rent out climbing shoes, chalk bags, and crash pads that climbers can take to local bouldering areas in the Saura Mountains.

"Even if people don’t have any interest in outdoor rock climbing, bouldering is a really fun social activity," says Burgess. “My vision is to get more people interested in climbing, bring it into the mainstream, and create responsible climbers.”

Written by Ann Gibson for RootsRated in partnership with OrthoCarolina. 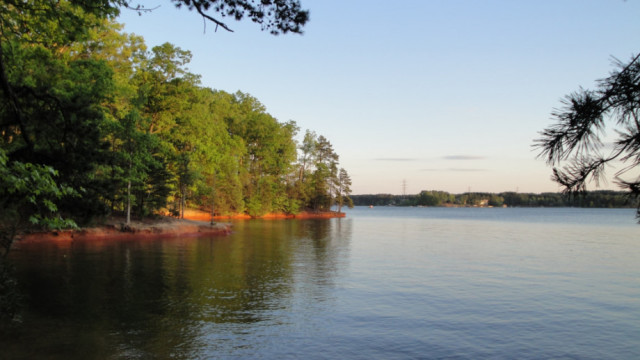 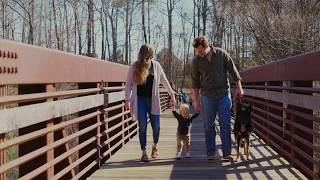 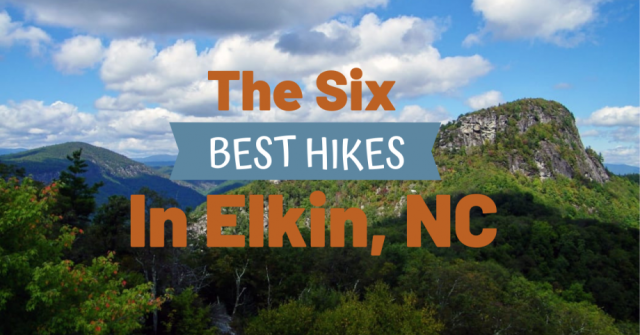 The 6 Best Hikes in Elkin, NC