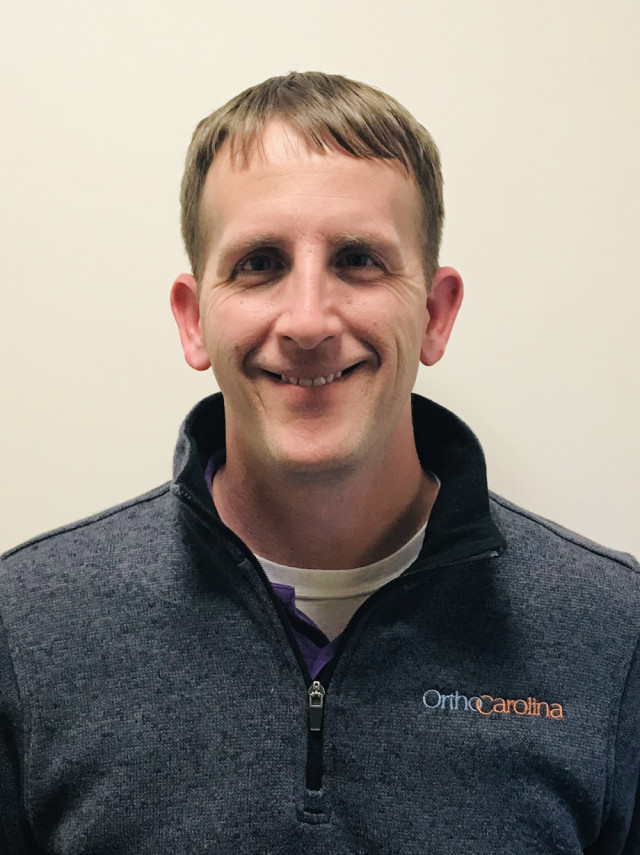 Ray began his career in 2002 at Davidson College as the primary athletic trainer for men’s soccer and basketball along with women’s cross country/track and field. He also provided medical care for men’s and women’s swimming/diving and golf. He transitioned to a clinic/outreach position at OrthoCarolina in 2012, providing care to patients in the physical therapy clinic and student athletes at William A. Hough High School. In 2013, he was the primary athletic trainer for USA Basketball at the World University Games in Kazan, Russia. Also in 2013, he joined the medical staff for the Charlotte Hounds of Major League Lacrosse and served as their athletic trainer until their dissolution in 2019. During this time he joined theOrthoCarolina Motorsports team providing care to Hendrick Motorsports on an as needed basis and currently to Stewart Haas Racing. Outside of the office he enjoys spending time with his wife and two daughters.