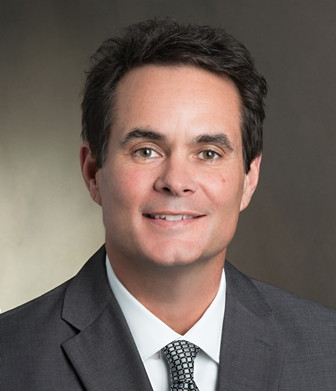 Total Hip Replacement, or arthroplasty, more common than you might think -- as of 2014, there were 2.5 million Americans living with an artificial hip. 1

Your hip is an intricate and essential joint that helps you walk, run, jump, and move. It’s constructed of a ball-and-socket joint, ball (femoral head) at the upper end of the leg bone (femur), and a hip socket (acetabulum) that holds the ball. A healthy hip is covered in cartilage at the end of each bone, acting as a cushion so the joint functions without pain. A diseased hip, also known as osteoarthritis, results from wear and tear deteriorating the natural cushion, leading to bone-on-bone contact, soreness and swelling.

The leading cause of hip pain is osteoarthritis, which is degenerative, meaning it won’t improve and may actually worsen. Early diagnosis and treatment of osteoarthritis are important. Hip replacement is a surgical procedure that removes and replaces diseased joint surfaces with implants. The surgery helps to relieve pain and improve mobility. During surgery, the diseased area in the hip socket is removed and replaced. A new cup is secured in the socket, a liner is placed within the cup, a stem is inserted into the leg bone (femur) and a ball is placed in the cup. The bearing, or union of the ball and cup, is another important element, and it comes in many different options, including metal, polyethylene (plastic), ceramic and combinations of those. Your surgeon will help determine the best bearing for you.

One of the total hip replacement surgical approaches we use is the anterior approach, which involves an incision made on the front (anterior) of the hip. The anterior approach differs from the traditional approach to hip replacement, which has patients lie on their side for the posterior or anterior lateral approach. First performed in 1947 by Robert Judet in France, it was adopted in 2002 by Dr. Joel Matta in California who modernized it and began to teach the technique in the United States.

What to Know About the Anterior Hip Approach:

The decision to have a total hip replacement can be a difficult one to make and early diagnosis and treatment of osteoarthritis are important. If you are considering a hip replacement, it is best to consult your physician about a course of treatment and care.

I've have increasing pain in my hip for the past year. Where do I start the process of getting evaluated ? Do I need a referral from my family physician ?
- Steve Allen

A Tale of Two Surgeons: Father and Son, Working Side by Side Ice vs. Heat: What Should I Use, When? Periprosthetic joint infection (PJI) & cancer can share similar traits Professionals Suggest Ways to Deal with Hip Pain Orthopedic Anatomy Event Series OrthoCarolina Hip & Knee Center Leading in Research
View All Related