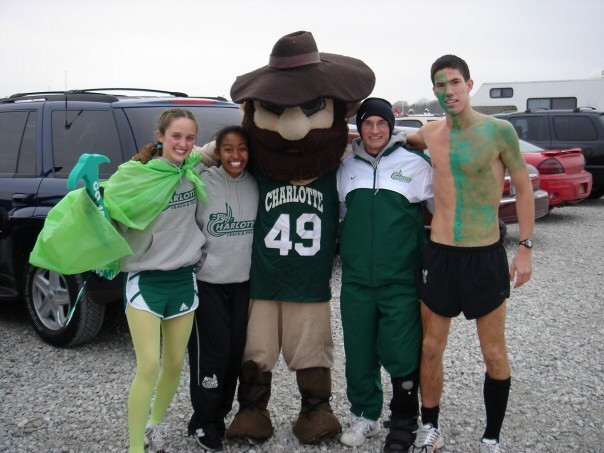 Stress fractures typically cause localized pain that you can put your finger on and know exactly where it hurts.

As a high school runner, I was consistently averaging 50 – 60 miles a week, but as I began my first collegiate running season, my average weekly mileage quickly increased to nearly 90 miles a week.

Halfway through the season, I began to feel a general shin splint pain. This pain became more focal in the middle of the shin as the weeks progressed. I could pinpoint the pain, but I continued to run. The day after the conference championships, my foot was put into a boot and I wasn’t allowed to run for eight weeks.

X-rays are often used to identify stress fractures, but initially, the fracture may not be seen on x-ray. At OrthoCarolina, a stress fracture is often primarily diagnosed by the consistent history of pain progression and localized pain found with a physical exam. An X-ray may be used during a follow-up exam. If the X-ray shows a healing bone, the diagnosis is confirmed.

A stress fracture can return if you don’t modify the factors that led to injury in the first place.

As a heel striker, I suffered a second stress fracture during my junior year. The stress fracture was in a different spot but was still a result of the same training problem. Post college, I worked on modifying my running form and adding in calf and shin muscle strengthening exercises. Since making these adjustments, I have enjoyed running injury-free.

Matt Dobler, PA-C, ATC is a Physician Assistant and former athletic trainer with OrthoCarolina Huntersville. He was a competitive cross country runner in college at UNC Charlotte.

What is Hand Therapy? How to Treat & Prevent Common Basketball Injuries RootsRated features Charlotte-area outdoors expertise How to Reduce or Prevent Injury When Starting a Walking Program Foam Rolling Tips from the Pros How to Boost Productivity When Working from Home
View All Related