NoDa Run Club: How running and beer bring a community together 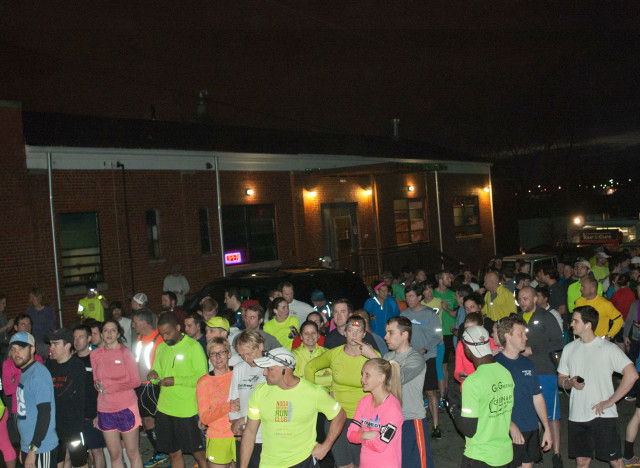 I have to be honest with you; the only reason I originally got into running was to stay in shape for soccer throughout high school and college. That fell off a bit once I began working at a brewery; NoDa Brewery in Charlotte.

But after some thinking, I realized that there had to be a fun way to combine my love of local beer and running. Why not run a few miles so I can imbibe and not feel nearly as guilty? Run a few miles…enjoy a few beers. I wasn’t aware of the craft beer/running ties that existed in our state until about two years ago thanks to some friends at Big Boss Run Club. People gather around running, and beer, and it creates a great social event. It became evident that I should try starting something like this in Charlotte. Thus, NoDa Run Club was launched. 3 runners turned to 30, turned to 300, and we now host NoDa Run Club each and every Wednesday at NoDa Brewing Company. 1, 3 and 5 mile runs begin and end at the taproom, where we toast our fitness victory afterward. Once a month, OrthoCarolina physical therapists join us and offer free post-run treatment for our runners. It has become a great way to bring people together in a fun community atmosphere.

Is your child spending enough time in active learning? Cadie’s Charlotte Running Story: The Rookie Run ‘N’ Walk Group Running Drills: How Can They Help You? What We’re Doing in Physical Therapy -- Y Balance Test High-Intensity Exercise Part I: When it comes to exercise, can less actually be more? Stretches for Runners: How to Warm Up & Cool Down
View All Related