Don’t Be Afraid to Be the Guy in Yoga Class 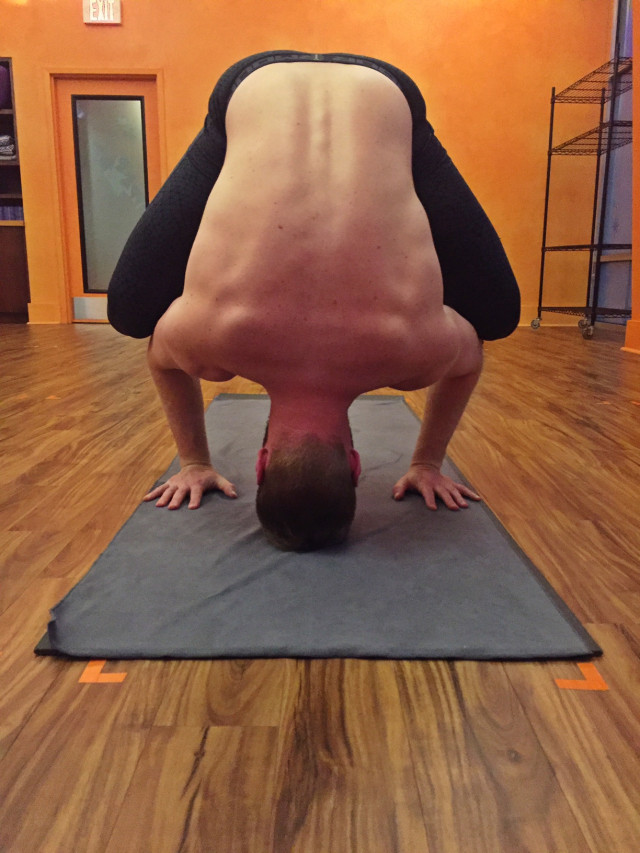 Before I started doing yoga, I didn’t know what energy flow meant from a yoga perspective.

Deep in the rituals of yoga there is a belief that there are seven energy hubs within the human body that when free and open keep you healthy and happy. These centers of energy are also known as chakras. If they become closed off they can affect you physically and mentally, from depression and anxiety to tiredness to illness, to autoimmune diseases, and more.

When I tried yoga for the first time I wasn’t too concerned about chakras or my energy flow, but just wanted a better way to stretch.  A few years ago, I dealt with iliotibial (IT) band issues that shut down my ability to run and hike. I tried to work on flexibility (not my strongest ability, like many guys out there), but my IT band was still tight. A friend suggested I take a yoga class to help, so I figured it was worth a try.

I’m fairly certain I’m not the only guy who has been a little intimated by yoga.  The first class I attended was mostly made up of women, but I did notice some guys who looked pretty athletic in there too. It took me awhile to get the hang of the yoga flow and I felt unsure as we transitioned into different poses.  After a few classes, I noticed that my body began feeling better and I was holding poses longer, deeper and stronger.

I’m a regular now in the yoga studio and as an athletic trainer and medical provider, I also have a substantial knowledge of how yoga impacts the body. Here are some additional ways it will challenge and change you:

On another note, a lot of people tend to be stress eaters. When you are less stressed you may eat better. Likewise, stress is a major trigger for ulcerative colitis, irritable bowel syndrome (IBS) and other autoimmune diseases. Regular practice of yoga may help keep autoimmune flare ups at bay and lessen symptoms for those with complications.

Yoga builds muscle and can challenge you from a strength, cardio, and endurance standpoint, depending on what type of yoga you do. A hot flow yoga class will push your cardio while building strength at the same time. But sometimes all I want to do is a relaxing deep stretch class for flexibility, which is less intense.

Fellow guys and anyone else I encourage you to give yoga a try. Your chakras and health will thank you.

Evan Kureczka, LAT, ATC, PES, CES is an athletic trainer with OrthoCarolina and NASCAR’s Stewart-Haas Racing team. He is an avid hiker, backpacker, and yogi.