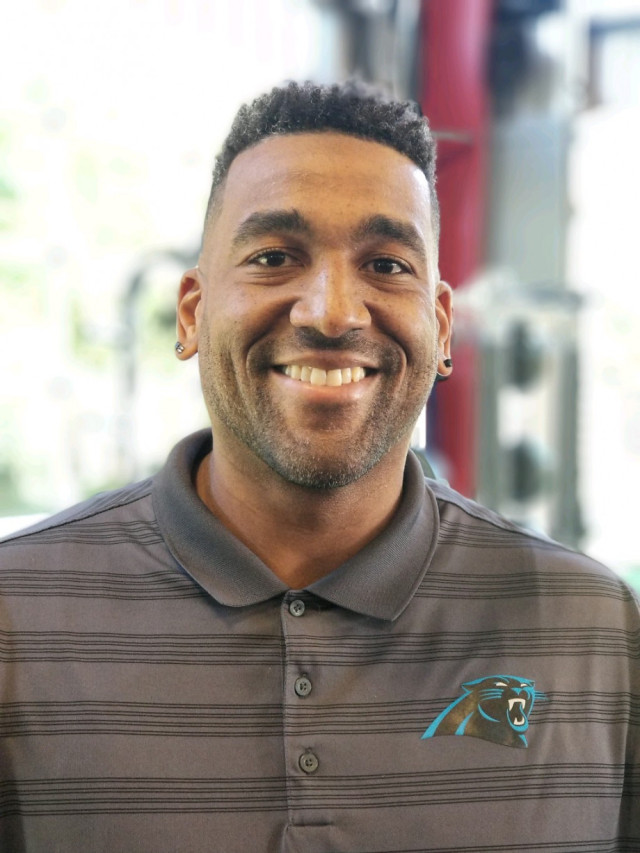 Orrin Thompson, born in Camden, NJ, moved to Charlotte in 1998. He attended Charlotte Christian School where he was a standout basketball and football player. He was a defensive lineman at Duke University and graduated in 2005. Coach “O” played with several NFL teams. He also played in the Canadian Football League. He has been an athletic trainer since 2009. He has trained all ages from 7 year olds and up. He trains college and NFL players and does one-on-one personal training. He enjoys passing his knowledge and experience to young athletes. Coach O lives in Matthews with his wife Melanie and 1 year old son, Rowe.

Orrin’s philosophy is that strength training is for everyone! He believes EVERYONE is an athlete-regardless if you are a high level athlete, weekend warrior, or a desk jockey who is just wanting to look more fit. He’s confident that an inner athlete lives within us all. His goal is to motivate his clients to unlock their physical potential while preventing injury and reaping all the benefits training has to offer.

Being a former Duke Blue Devil and a former four sport athlete, Orrin is very competitive and is passionate about all things sports . His training background focuses on strength training and he specializes in functional strength training techniques. Loads of variety and fun are two staples of Orrin’s workouts.